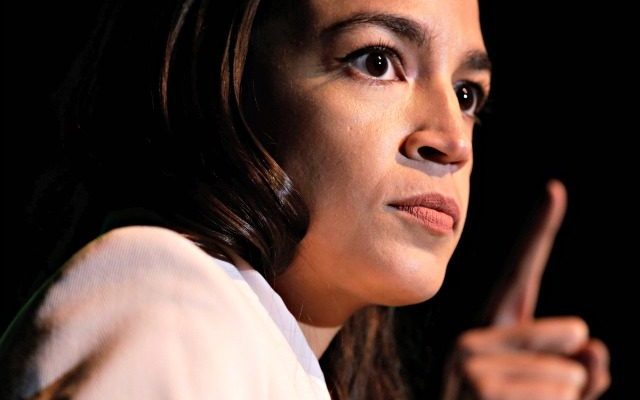 Alexandria Ocasio-Cortez Upset Cash Relief Does Not Extend to Noncitizens

Rep. Alexandria Ocasio-Cortez (D-NY) expressed outrage on Thursday that the cash payment portion of the economic relief package, which the Senate unanimously passed Wednesday night, does not extend to noncitizens.

The Senate unanimously approved of the historic coronavirus emergency relief measure on Wednesday evening after days of partisan battles. As many Republican leaders have stated, the passed bill remains virtually the same as the original bill Democrats rejected on Sunday. It provides aid for small businesses, creates a lending aid program, and delivers cash assistance directly into the pockets of American citizens.

The bill will provide most American adults with $1,200, $500 of which is for most children. Ocasio-Cortez, however, is taking issue with the stipulations — specifically, the requirement of a Social Security number.

“To clarify, $1200 checks are ONLY going to some w/social sec numbers, NOT immigrants w/ tax IDs (ITINs),” she wrote following the Senate’s unanimous 96-0 approval of the bill,” adding, “Thanks to GOP, these checks will be cut off the backs of *taxpaying immigrants,* who get nothing.”:

Ocasio-Cortez’s complaint extends to those who are residing in the country illegally, as illegal immigrants can also obtain an ITIN.

The Tax Policy Center found that the vast majority of American households, roughly 90 percent, will benefit from the checks.

The New York lawmaker also proclaimed the GOP is refusing to fund hospitals or unemployment, despite the fact that the bipartisan bill provides $100 billion for hospitals and the vast expansion of unemployment benefits:

The House is expected to vote on the bill on Friday.

“That was wrong, but that’s what her win was. It didn’t extend any of the unemployment insurance. That was already decided on Sunday,” he added.