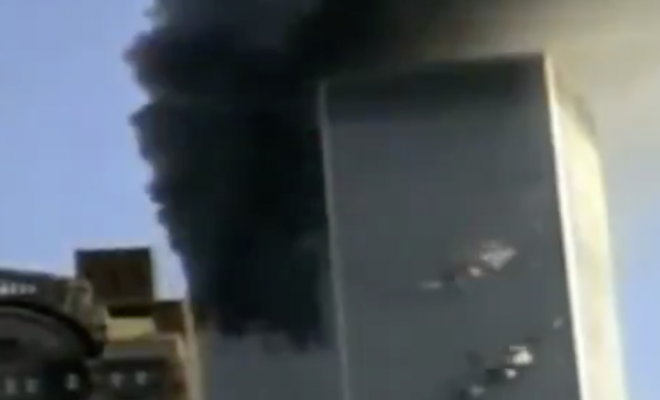 But we are not going to let it be forgotten.

We are not going to let it be swept under the rug of history.

But what are we “not forgetting”?

Today we are examining whether Thermite was used.

Thermite is a mixture of aluminum powder and a metal oxide (such as iron oxide) that when ignited evolves a great deal of heat and is used in welding and in incendiary bombs.

It melts things like steel at temperatures much higher than any other fire or bomb could do.

In short, you remember the way the Twin Towers came down at free fall speed?

Many believe that is ONLY possible if it were lined with Thermite.

And here’s more proof….from the The Open Chemical Physics Journal, 2009, 2, 7-31, here is a deep dive of highly researched scientific findings.

The building was LOADED with thermite:

And for the visual learners out there, I have this….

This video that tells you a whole lot more….watch it safely here on Rumble:

And that’s not all.

Never forget that Donald Trump himself was the first person to say he did not believe even a plane could take down those towers.

He knows construction and he knew how those buildings were constructed.

In short?  He says completely impossible.

Read this from Health Nut News:

Donald Trump is a professional builder. He’s spent much of his career in construction, building casinos and restaurants, and his opinion on the way the World Trade Centers came down is that of educated observation.

According to Rick Shaddock, Executive Director of the Association for Nine Eleven Truth Awareness, “Donald Trump was the first 9/11 Truther to speak out on TV, on the very same day, challenging the official story, and saying bombs must have been used, years before Architects & Engineers for 9/11 Truth was founded, from the perspective of people who know buildings are built to stand strong, even against planes.”

Indeed, Donald did call out the situation, claiming the immense strength of the steel beams and that the damage done must have been caused by explosives of some sort.

He also seemed to think that something other than the plane must have penetrated the building initially (which may or may not have been the case).

Of course, since his public exclamation, Architects and Engineers for 9/11 Truth have laid out a convincing argument that explosives likely lined the inside of the building, enabling a controlled demolition. This, in their opinion, is the only way anyone could have gotten the buildings to fall straight down, in free-fall, like they did.

Here is the transcript from the video:

Alan Marcus: Donald you’re probably the best-known builder particularly of great buildings in the city. There’s a great deal of question about whether or not the damage and and the ultimate destruction of the buildings was caused by the airplanes by architectural defect or possibly by bombs or more after shocks you have any thoughts on that?

Donald Trump: It wasn’t architectural defect. The World Trade Center was always known as a very very strong building. Don’t forget that took a big bomb in the basement (1993). Now, the basement is the most vulnerable place because that’s your foundation and it withstood that and I got to see that area about three or four days after took place because one of my structural engineers actually took me for a tour because he did the building and I said “I can’t believe it”. The the building was standing solid and half of the columns were blown out. This was an unbelievably powerful building. If you don’t know anything about structure it was one of the first buildings that was built from the outside. The steel, the reason the World Trade Center had such narrow windows is that in between all the windows, you had the steel on the outside, the steel on the outside of the building.

That’s why when I first looked – and you had these big heavy i-beams. When I first looked at it, I couldn’t believe it, because there was a hole in the steel and this is steel that was, you remember the width of the windows of the World Trade Center folks. I think you know if you were ever up there, they were quite narrow and in between was this heavy steel. I said how could a plane, even a plane, even a 767 or 747 or whatever it might have been, how could it possibly go through this steel? I happen to think that they had not only a plane but they had bombs that exploded almost simultaneously, because I just can’t imagine anything being able to go through that wall. Most buildings are built with the steel on the inside around the elevator shaft. This one was built from the outside which is the strongest structure you can have and it was almost just like a can of soup

Rolland Smith: You know, Donald we were looking at pictures all morning long of that plane coming into building number two and when you see that approach the far side and and all of a sudden within a matter of milliseconds the explosion pops out the other side.

Donald Trump: Right. I just think that there was a plane with more than just fuel. I think obviously they were very big planes. They were going very rapidly, because I was also watching where the plane seemed to be not only going fast it seems to be coming down into the building. So is getting the speed from going down hill so to speak. It just seemed to me that to do that kind of destruction is even more than a big plane because you’re talking about talking about steel, the heaviest caliber steel that was used on the building. These buildings were rock-solid and you know it’s just an amazing amazing thing. This country is different today and it’s going to be different than it ever was for many years to come.

Here is Donald Trump back in 2001 explaining what he saw and what he believes.