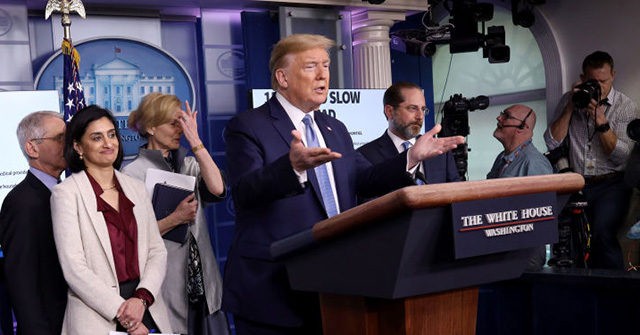 President Donald Trump said Saturday he was thinking about creating a second coronavirus task force focused on reopening the country for business.

The president detailed his desire to reopen the country during a White House press briefing.

“We have to open our country,” Trump said, repeating that “the cure cannot be worse than the problem itself.”

Trump endorsed the idea of a second task force on Twitter on Saturday after it was proposed by Fox News host Dana Perino on Twitter.

Trump said he wanted the country to reopen as soon as possible. The presidentt old sports commissioners earlier on Saturday that he hoped that sports fans could return to stadiums by August.

“We’re not going to have to have separation for the rest of our times on the planet,” Trump said, referring to the six-foot distancing recommendation by the federal government.

Trump said he was pleased to see Americans staying in their homes to slow the spread of the virus.

“We’re going to be back to good health soon in my opinion,” Trump said. “And we’re making progress.”