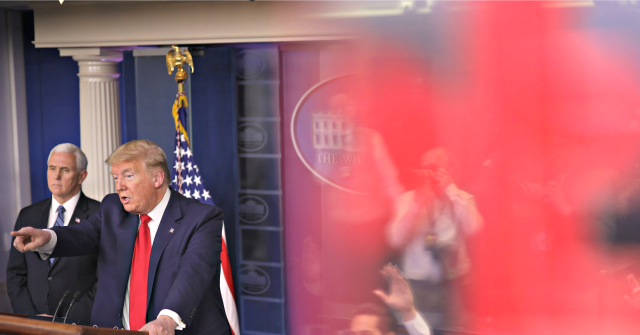 Donald Trump to Press: Hold Off Your Fake News Until After Coronavirus Pandemic

President Donald Trump on Saturday criticized the establishment media at the White House for spreading fear with false reports.

“Certain media outlets should stop spreading false rumors and creating fear and even panic with the public,” Trump said.

The president commented to reporters during the White House press briefing on Saturday afternoon.

The president reminded reporters that they had the lowest approval ratings of anyone during the crisis.

“You got to put it together for a little while,” Trump said. “Get this over with, and then go back to your fake news.”