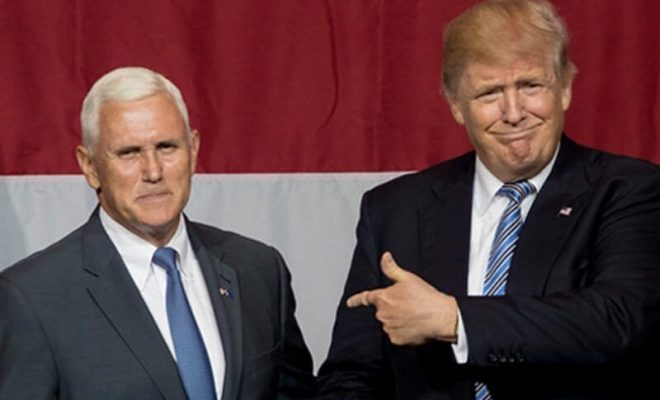 They pointed out that Pence continues to undermine Trump even campaigning for RINO Brian Kemp.

After four years of service bordering on subservience, the increasingly emboldened Mr. Pence is seeking to reintroduce himself to Republican voters ahead of a potential presidential bid by setting himself apart from what many in the G.O.P. see as the worst impulses of Mr. Trump. He’s among a small group in his party considering a run in 2024 no matter what Mr. Trump decides.

Mr. Pence first used high-profile speeches to criticize the former president’s push to overturn the 2020 election results, stating flatly that Mr. Trump was “wrong” in his assertion that Mr. Pence could have blocked the Electoral College ratification on Jan. 6, 2021. Mr. Pence then unsubtly visited the Charlottesville, Va., memorial to Heather Heyer, who was killed in the 2017 white supremacist riot there that Mr. Trump sought to rationalize by faulting “both sides.”

Steve Bannon responded to the news on GETTR saying that it is interesting that the same reporter trying to paint Trump as someone who wanted violence on January 6th (despite the fact he called for the complete opposite) is now reporting on this story.

Your Thoughts on the Koch-sponsored Pence’s political ambitions