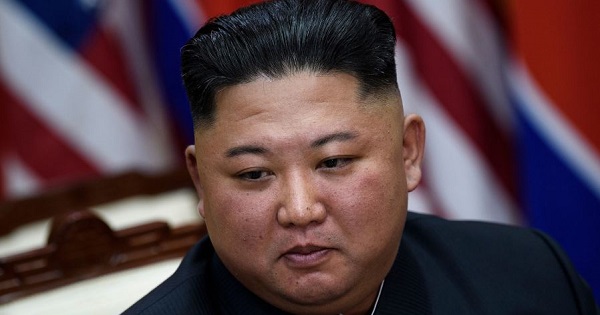 North Korean leader Kim Jong Un inspected a new submarine that would soon be deployed to waters between the peninsula and Japan, state media said, a move that comes as his regime tries to step up its ability to launch missiles from subs.

There was no indication in the Korean Central News Agency report Tuesday whether the submarine was capable of carrying ballistic missiles that could threaten countries such as South Korea and Japan. Kim has used the testing and deployments of weapons in recent months to remind the region of his military might, as talks on ending his nuclear program sputter.

Kim looked over a new submarine that will be deployed soon off the country’s east coast, KCNA said. He “stressed the need to steadily and reliably increase the national defense capability by directing big efforts to the development of the naval weapons and equipment such as submarines,” it said.

North Korea has one of the world’s largest inventories of submarines, a fleet ranging from 64 to 68 vessels. Almost all the submarines are smaller ships used for coastal patrols and espionage, according to an October 2018 report from the Nuclear Threat Initiative, which is co-chaired by former U.S. Secretary of Energy Ernest Moniz and former Sen. Sam Nunn.

North Korea has hundreds of nuclear-capable, land-based ballistic missiles deployed around its territory including intercontinental ballistic missiles that can strike any part of the U.S., weapons experts have said. In 2016, it launched a ballistic missile from a submarine off its east coast that flew about 500 kilometers (300 miles), according to South Korea’s defense ministry.

Kim has refrained from testing ICBMs since 2017 as he has engaged in nuclear disarmament talks with President Donald Trump. After a February summit between the two broke down in Hanoi, Vietnam, without a deal, Kim and Trump staged a historic June meeting on the border between the two Koreas, agreeing to restart working-level talks.

Last week, North Korea warned that upcoming U.S.-South Korea military drills could jeopardize new talks, saying that Trump pledged to suspend such exercises. Kim has called for an end to sanctions squeezing his economy and has threatened to take a new course if the Trump administration doesn’t change course on its view that the North Korean leader must first disarm before he can receive rewards.