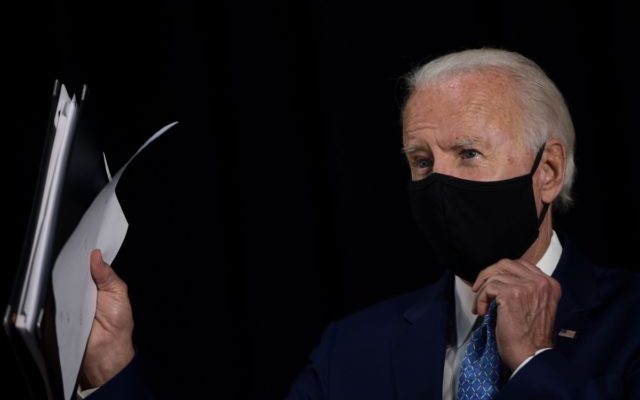 The mainstream media journalists assembled in Wilmington, Delaware, for Joe Biden’s first press conference in nearly three months failed to ask him about new evidence that he played a greater role in the investigation of Michael Flynn than he has admitted.

Last week, notes from FBI agent Peter Strzok were released that suggested it was Biden who proposed investigating Flynn under the Logan Act, which led to his prosecution, which is now widely regarded as unjust.

Last week, the D.C. Circuit issued a writ of mandamus directing a lower court to drop the case against Flynn, after a Department of Justice investigation revealed that the prosecutors had withheld exculpatory evidence from Flynn’s defense lawyers.

In 2017, the outgoing Obama administration sought to investigate Flynn to establish a basis for the claim that President-elect Donald Trump had colluded with Russia. But the FBI did not find that he had done anything wrong.

So the Department of Justice investigated him for violating the Logan Act, an archaic law that prevents private citizens from conducting diplomacy, and which has never been successfully prosecuted.

Under that pretext, FBI agents visited Flynn — then the new National Security Adviser — in the White House, without letting Flynn himself know that he was being investigated.

He was later charged with lying to them about his conversations with the Russian ambassador prior to assuming his duties — even though the FBI agents who interviewed him said at the time they did not thing he had lied.

Jan. 4 was also the day that Strzok reversed a decision by the FBI to drop its investigation of Flynn, telling colleagues that senior FBI leadership wanted it to continue.

In May, Biden told ABC News’ George Stephanopoulos that he did not know about the investigation, other than that “they” had asked to it.

But none of the journalists asked Biden about his role in potentially undermining the administration of the man he is now running against for the presidency.