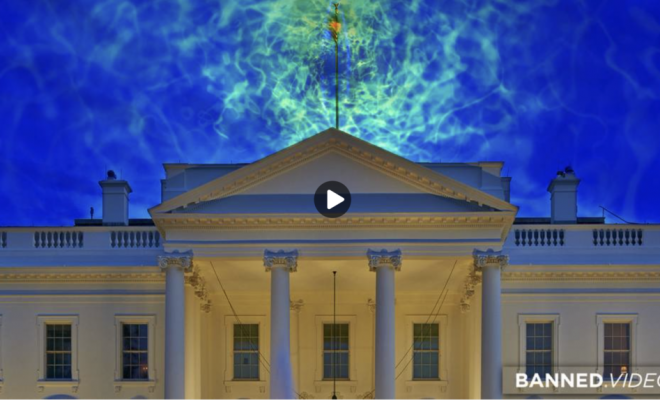 NEW VIDEO: Is There A Satanic Portal Hanging Over The White House?

Stick with me on this one because it’s about to get wild!

I first covered this a few weeks ago, but now I have new information…

I will show you pictures and video and then you can make up your own mind.

Robin Bullock and Roger Stone were special guests on the Elijah Streams recently and the show quickly became one of the most popular in recent postings.

If you missed it, I have the full interview for you here:

But one part stood out above all the rest.

It was Roger Stone talking about a demonic portal he had observed over the White House in D.C.

The funny thing is, longtime viewers of Elijah Streams will know Robin Bullock was all over this several months ago, back in February, I believe.

So the two men coming together on this topic was quite interesting!

“It’s very, very clear. It doesn’t move, day or night. It’s harder to see during the day, but you see it at night. And I’m absolutely convinced about the inherent evil of what’s going on in the White House, what’s going on in the country, and I think it’s imperative that people know about this, that people of good faith and Christians know about this, and we begin a national, essentially a prayer assault to close the portal.”

“It’s like a swirling cauldron. I’ve tried to find some natural explanation: a reflection or an aerostat balloon for weather. No. I sent a personal friend down there—he thought I was crazy—I said, ‘Do me a favor, go down there, use a regular digital camera and see what you see.”

And they had pictures too!

Here are two pictures Robin had shared back in February:

And here are new ones brought by Roger.

Roger says he had a friend who lives in D.C. go out at nice and shoot what he saw.

And this is what he saw:

And one more during the daytime:

Now I want you to listen to these three men talk about everything and explain what they believe is happening here.

New even InfoWars is picking up on the story…

And they have new video.

So what do you think?