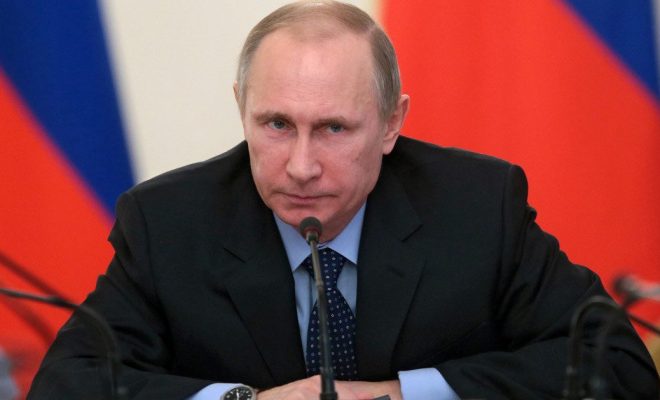 While some in Ukrainian intelligence have predicted an inbound violent coup in Russia due to the crippled economy and the struggle to force Ukraine into submission, others suggest a non-violent way for the Russian government to remove Putin.

Ex MI6 Chief Sir Richard Dearlove predicts that Putin will lose power and be sent off to a sanatorium by the end of this year.

From the Daily Mail:

With persistent rumours of serious ill health for the Russian strongman, one method of ‘moving things on’ without need for a violent coup would be to place him in a long term hospital for the incurably unwell, suggested Richard Dearlove.

The various Russian systems of governance over the centuries have always been autocratic and have never been designed with transitions of power in mind.

Indeed, Russia has been autocratic when not downright totalitarian for its entire existence as a state. The closest thing to a Democratic transition of power, which itself is still questionable, that Russia has ever witnessed was the transition from Boris Yeltsin to Vladimir Putin at the turn of the millennium.

Generally, the “transitions” have occurred violently, through coups, assassinations, executions, and civil wars.

However, Dearlove believes that a coup is unnecessary to remove Putin.

“I think he’ll be gone by 2023 – but probably into the sanatorium, from which he will not emerge as the leader of Russia.”

“That’s a way to sort of move things on without a coup,”

Putin could be placed in a sanatorium, according to Dearlove, due to his rumored battles with cancer and Parkinson’s disease–neither of which seem to be going well.

The reason for removing him this way would likely be the same as it would should there be a coup: an unpopular war yet to be won and a heavily sanctioned, crippled economy.

The Russian leadership which would emerge after Putin is difficult to predict, although it is possible that top contenders such as Putin’s puppet Dmitry Medvedev, who had previously served both as Prime Minister of Russia and as Russia’s President  during a trade-off with Putin could be seen as transitional figures while Putin’s power is fully snuffed out.