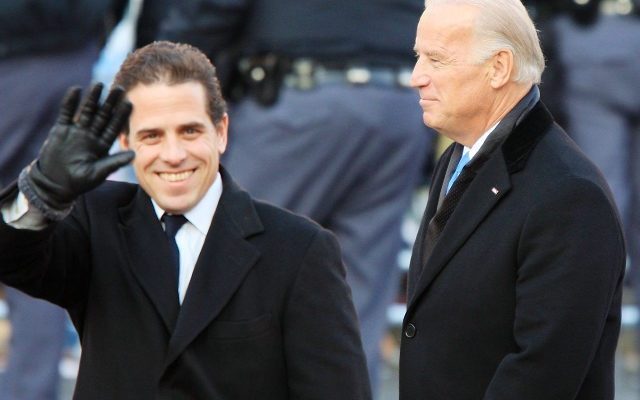 The Secret Service provided protection for Hunter Biden, the youngest son of former Vice President Joe Biden, on more than 400 flights, according to newly released records from the Obama administration.

The documents, which were received through a Freedom of Information Act request by the conservative-leaning group Judicial Watch, indicate the younger Biden took 411 domestic and international flights upon which the federal government provided security between June 2009 and May 2014. Listed among the destinations were 29 foreign countries, including five visits to China alone between 2009 and 2014.

One of those five visits, in particular, has raised concerns. In December 2013, Hunter Biden flew aboard Air Force Two with his father to Beijing. The trip was part of an official state visit the then-vice president was making to the country amid escalating tensions with the United States over islands in the South China Sea.

Although it is unclear exactly what transpired during the visit, Hunter Biden entered into a lucrative business arrangement shortly afterward. Only 12 days after the trip, the younger Biden inked a multibillion-dollar deal with a subsidiary of the state-owned Bank of China.

The deal, which was the first of its kind, created Bohai Harvest RST (BHR) as a private equity fund to invest Chinese money overseas. Once BHR was up and running, the firm proceeded to invest heavily in energy and defense projects. Some of those investments, however, have caught the attention of congressional lawmakers, including, most notably, BHR’s investment in a company blacklisted by the U.S. government for suspicion of helping the Chinese government violate human rights and the fund’s purchase of an American firm with insight into military technology in 2015.

As BHR’s purchase of the latter required approval by the Obama administration’s Committee on Foreign Investment in the United States, the Senate Finance Committee has begun probing whether there was any conflict of interest in the matter. The Finance Committee’s investigation still appears to be ongoing.

Hunter Biden, for his part, resigned from BHR’s board of director years last year amid public scrutiny. It is unclear, though, if he has kept his ten percent stake in the fund, which is estimated to be worth millions.

As the Washington Free Beacon reported in March, Hunter Biden’s travel and the Secret Service protection required cost U.S. taxpayers nearly $200,000 throughout his father’s tenure in the Obama administration.