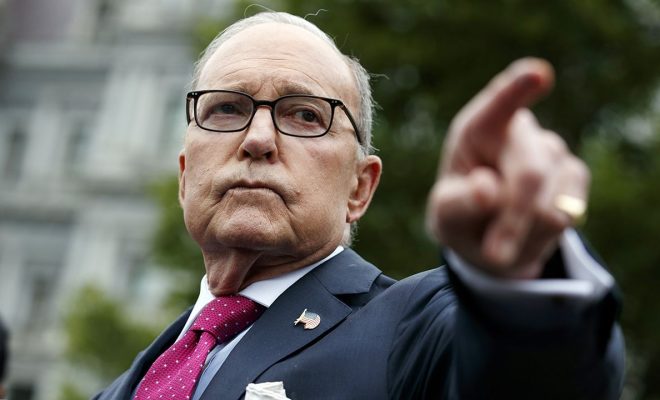 The Trump administration is working to introduce a middle-class tax cut plan by September, according to National Economic Council Director Larry Kudlow.

During a meeting in the Oval Office, he said, President Trump urged Kudlow to “get it out by September,” which would be two months before the 2020 election.

The administration, he said, will likely use the Office of Management and Budget Director Russell Vought’s $1.4 trillion budget request to craft the package and make tax cuts permanent.

Kudlow said the administration plans to give the middle class a 10 percent tax cut in addition to strengthening and making permanent “some of the other tax cuts.”