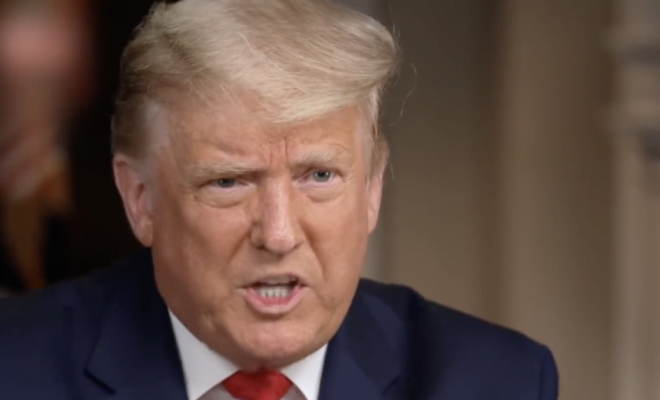 Most leftists on Twitter are probably bots…That being said, the latest trending hashtag goes beyond absurdity…

As usual, nothing can be further from the truth.

President Trump reposted a message which included a previous comment from El Salvadorian President Nayib Bukele, which asked: why is the greatest nation in the world falling so quickly?

This is what President Trump reposted, and the source of the current leftist outrage…In what way is he calling for a civil war?

Here’s how leftists and corporate outlets framed the recent post:

Trump’s comment was also swiftly rebuked by Rep. Adam Kinzinger, one of Trump’s staunchest critics in the GOP.

“Any of my fellow Republicans wanna speak out now?” Kinzinger tweeted. “Or are we just wanting to get through ‘just one more election first…?”

The “civil war” furor arrived as Trump is already being criticized for pushing unsubstantiated claims that the Pennsylvania GOP Senate primary is rigged due to mail-in ballot voter fraud.

Trump-endorsed candidate Mehmet Oz is currently neck-and-neck with Dave McCormick as the count continues ahead of a likely recount.

Related Items
America First Reporting
← Previous Story Trump Responds to Testimony Clinton Approved Phony Russia Leak: ‘Where Do I Get My Reputation Back?’
Next Story → One of the Most Inspiring Trump Videos You Will EVER See: We Fix This NOW, Not In 2024